I get psyched for album releases. Like, really excited, because I love to get an actual, physical copy of an album. It’s the best souvenir I can get in Shanghai because most of the time I know some of the people who made it, I’ve seen them play, I went to their album release and it was a good party, and I like to remember all of that. And also, I’m apparently quite old as I actually remember going into Borders and buying CDs when I was younger. Buying CDs! Crazy talk, I know. So CDs have a special place in my black heart.

But to be honest, I never really open those albums and put the music on my computer because usually I’ve already downloaded the album. But still. It’s the thought.

Friday night was Girls Like Mystery‘s album release. It was an absolutely awful day and pouring rain. “Pouring” is too tame for what it was like on Friday. It was the kind of rain where the air is grey because there’s so much water in it. Floods. Plagues! That kind of rain. And even though it had let up significantly by the time I got over to Yuyintang, the crowd was still pretty thin because rain is the kiss of death in Shanghai. 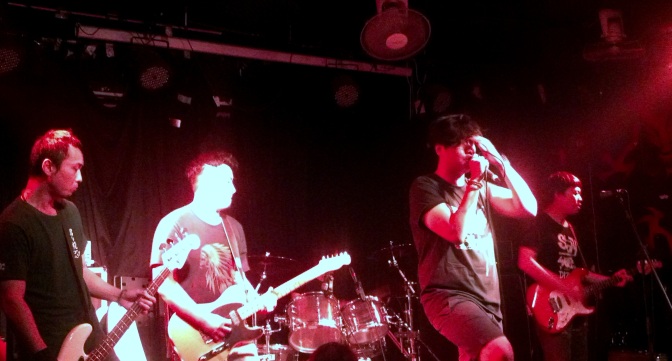 I believe that En Route was playing when I got there. It was a group of five very young, very passionate emo rockers. And man, Chinese emo is just as emo as American emo. I’m gonna go out on a limb and say most were covers, but I could be wrong, and in that case these guys have a huge repertoire. I tried to Google them but….yeah, here’s a tip: Don’t call your band En Route either in Chinese or English. Just way too hard to Google in any language. And the thing is, they were actually pretty good performers, but who will ever know? Because there’s no way to promote yourself when you’re called En Route. 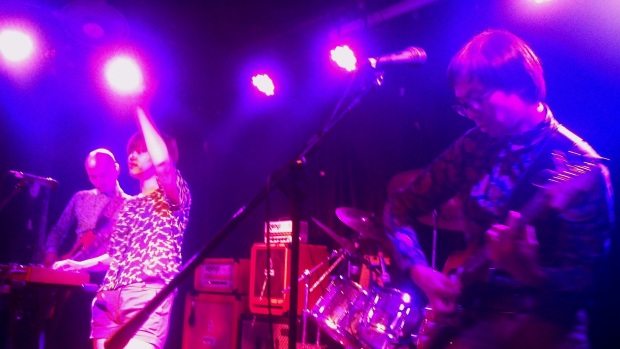 Next up was The Cyders, whom I’d never seen or heard before but I got very excited when I realized Misuzu was playing guitar, as he also plays in one of my favorite Shanghai bands called Banana Monkey. And then there was Rina on the keyboard, and she used to play in the now defunct but still super cool Shanghai band Beat Bandits. A collaboration of awesomeness, you see. It was lyric-less, guitar-based psychedelic beach rock. And I was just standing there listening to them and thinking, “Fuck yeah! Psychedelic beach rock!” Musically they were very tight, largely due to Misuzu’s playing. He’s just really good. Just take my word for it, and if you get a chance to see Banana Monkey or The Cyders you’ll know. And Shanghai actually needs a surf-pop sound in the musical rotation. I’m not joking about that. They were great. 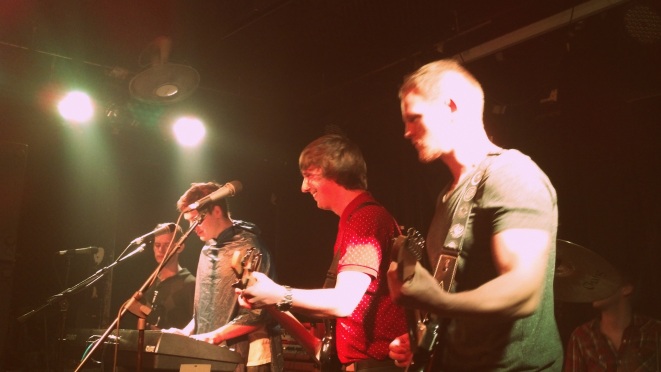 But obviously the main reason we were all there was for Girls Like Mystery, and luckily, by the time they went on the rain had subsided and a pretty good crowd had shown up, which was great, because these guys really deserve it. 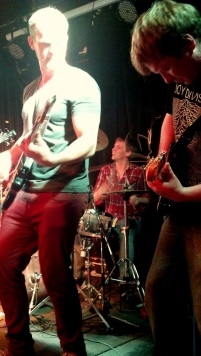 They’ve been together about three years now and gigging pretty regularly over that time, so it’s nice to see them now with an album (that remains unopened, on my shelf, but the download sounds great!). It’s weird, but an actual album gives you some sort of validity in the musical world so I’m glad these guys managed it (which they’ve been working on for AGES).

There are, like, 15 guys in this band, and most of them are named Mike, and I know some of them and they’re cool and even the ones I don’t know seem cool (I could be wrong). Actually, no, I think at last count there are 6 in the band, but that’s still almost more than the YYT stage can hold. They make likeable, Brit-pop rock, about love and football and life and stuff. They’ve added a trumpet, which is a nice addition, and two of them share lead vocals, which I always like in a band. Their live performances have improved quite a lot over the last year or so, and while they’re still unpolished, I think that’s part of their charm. It was a good show.

You can now listen to their entire album Distance Changes Everything on Douban. I recommend starting with “Minority Song” and moving on to “Football Friend” and listening to the rest at random.