Full disclosure: I didn’t watch the Grammys because I don’t have TV (I’m one of THOSE people). I prefer to just let them happen, then read/watch/listen to the recap the day after. However, the fact that I didn’t actually watch the Grammys has never stopped me from having an opinion on the Grammys so let’s do this.

Taylor Swift backstage at the Grammys.

Yes. I fully support this. I have not listened to this album and I doubt I ever will, but it doesn’t matter because the best music doesn’t appeal to everyone (nor should it). Taylor Swift is not my bag but I think she’s a fantastic songwriter, great performer, very smart, and an upstanding role model (YES I SAID ROLE MODEL I’M AN OLD PERSON). Also, her acceptance speech was ace:

“I want to say to all the young women out there: There are going to be people along the way who will try to undercut your success or take credit for your accomplishments or your fame. But if you just focus on the work and you don’t let those people sidetrack you, someday when you get where you’re going, you’ll look around and you will know that it was you and the people who love you who put you there. And that will be the greatest feeling in the world. Thank you for this moment.”

Should “To Pimp A Butterfly” have won instead? Maybe. Both are monster albums.

Song of the Year: “Thinking Out Loud” by Ed Sheeran & Amy Wadge, songwriters

I may or may not have sung aloud to this song many, many, many times while by myself.

Haven’t heard it; sure it’s solid. I would have gone with Kacey Musgraves.

Best Rap Album: “To Pimp A Butterfly” by Kendrick Lamar

This album is amazing.

Meh, boring. This is the only category that really steamed me, because Courtney Barnett was the clear, obvious, EXCEEDINGLY MORE TALENTED, ENGAGING AND EXPONENTIALLY BETTER choice here. 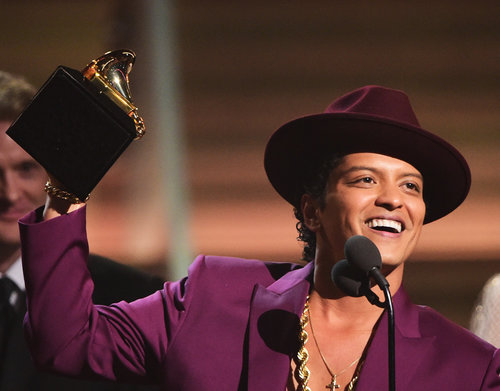 I recently did this song at karaoke and the bar manager said it was the greatest rendition he’d ever heard and probably Bruno Mars should just stop performing it because he would be ashamed if he ever heard my version.* But I like the Bruno Mars version too. They won “Best pop duo” as well.

Best Dance Recording: “Where Are Ü Now” by Skrillex and Diplo with Justin Bieber

Hahahahaha. Meanwhile, I’m sort of into Justin Bieber now. Is anyone else feeling that way? I like “Love Yourself” AND “Sorry”! Up is down! Left is right!

The Weeknd (photo by Jason LaVeris)

Best Urban Contemporary Album: “Beauty Behind the Madness” by The Weeknd

Best Americana Album: “Something More Than Free” by Jason Isbell

I mean, I would have gone with Brandi Carlile’s “The Firewatcher’s Daughter” or even the Punch Brothers’ “The Phosphorescent Blues,” but whatever.

Alabama Shakes kill everything, all the time, everywhere. They are KILLING IT. Love them. They also scored Best Rock Performance for “Don’t Wanna Fight.”

I wonder how many albums have that exact same name.

I watched this video for the first time ten minutes ago and laughed out loud several times. I don’t think it’s meant to be funny. I also feel like I should know who all those people are but I don’t. 😦

Hollywood Vampires: ????? I didn’t even make it through the whole video.

Adele: Yes, something was definitely off here, explained by some microphone-in-the-grand-piano problem. But those are the risks when actually singing live. One performance gone awry doesn’t spoil Adele for me.

Lionel Richie medley: Okay, yes please but it would have been better if it was JUST Lionel Richie.

Alabama Shakes: I will never get enough Brittany Howard. Awesome.

Lady Gaga: You know, I wanted to not like this tribute to David Bowie sooooo much, for no particular reason other than I’m a snob. But I liked it. I like it SO MUCH. 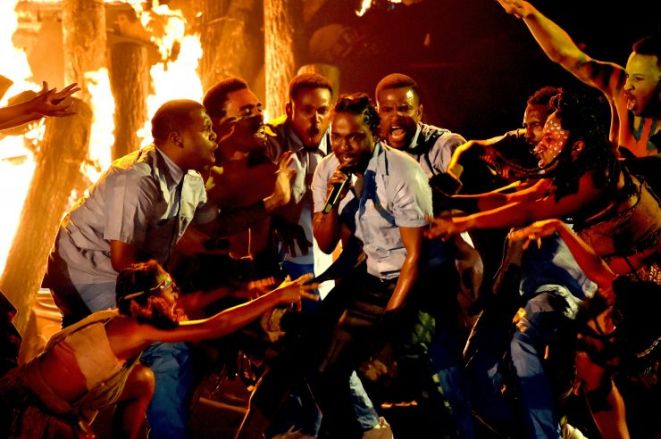 The biggest tragedy of the night is that Florence + the Machine didn’t take home anything. Other than that…yeah, it’s the Grammys.