I called Radiohead, like, 2 days ago, people. I have my finger on the pulse in this city (and really gossipy music biz friends). Obviously I’m psyched for Kendric Lamar. And yes, even Mumford & Sons (no shame). My tops will include: Willie Nelson, Cage the Elephant, LL Cool J (holy shit LL Cool J I feel like I’m in 7th grade and SO EXCITED), Andrew Bird, Wild Child, Miike Snow, M83, Kacey Musgraves, Haim, Major Lazer, Pete Yorn…so basically everyone in the top half of this list. For me, one of the best lineups I’ve seen in a while. Catch me in the photo pit, y’all. I’ll be the one crying hysterically during Radiohead. 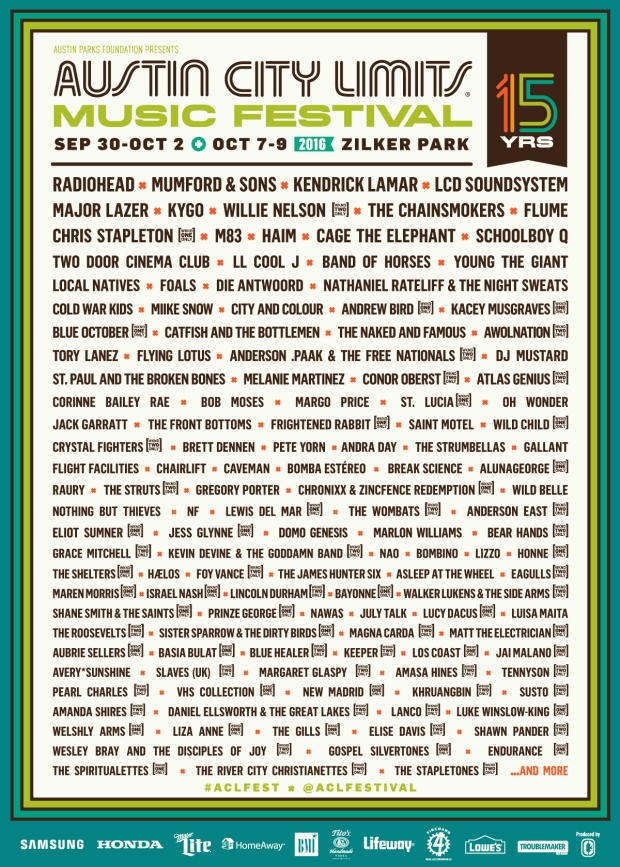 Copyright © 2020 Create a free website or blog at WordPress.com.