First of all, if you’re in a band in Shanghai, you’re in three bands in Shanghai. People here are huge band whores, so it’s not really a thing when one band member plays with anyone else, because basically people are doing it all the time anyway. But this show was a very deliberate collaboration, well-thought out, well-rehearsed and well-put together.

Rainbow Danger Club started the show, and they sounded phenomenal. Acoustic suits them so well. I’ve seen RDC play many times over the last couple of years, and I think that this was the best they ever sounded, truly. I wouldn’t have thought they’d be so apt at an acoustic set, since their performances are of a more elaborate nature. But on Friday night it sounded like acoustic sets were all they ever did, and they killed it. I also think that their new material is well-suited to how they played on Friday. The cello came through so much more clearly and richly, and did the brass they used (the usual trumpet but now a trombone as well). Sharper and more distinct when paired with minimal percussion and an acoustic guitar instead of electric. Oh yeah, they’re also playing a saw now, ’cause all the cool kids are playing saws. Or if the cool kids aren’t yet, they will be pretty soon. 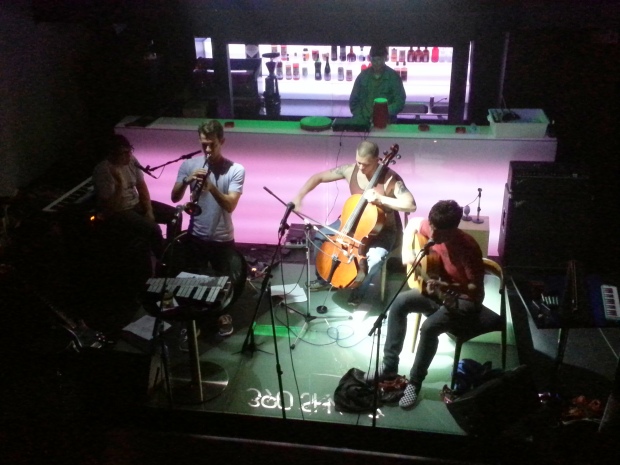 Plus, the collaboration from The Horde worked really well. They’d already had the harmonica player guest on “The Country Way” from their most recent EP. But bringing in the mandolin worked great as well as it fit the whole, stripped-down, more instrumental feeling. I think RDC should consider going acoustic more often. I was there with a friend who had seen RDC play during the JUE Festival about two months ago at a show that wasn’t really their best, even though they’d gotten a good reception that night. She didn’t really remember them from that night. But this acoustic show completely turned her, as it probably did others in the audience. 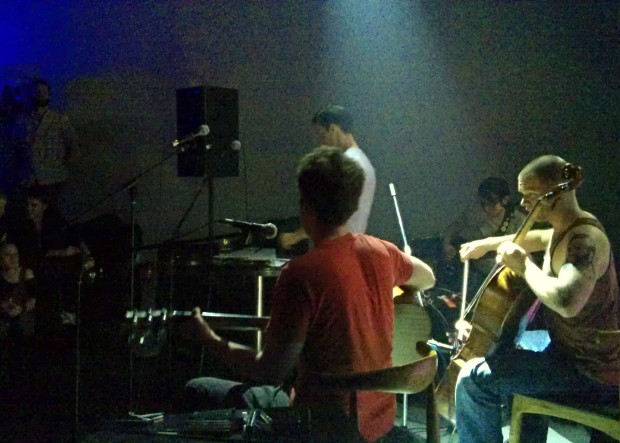 Standouts include “The Human Cannonball,” a song from their new album which should be coming out in the next couple of weeks or so.

The Horde played after, and obviously they’re already suited to acoustic sets. I mean, they’re basically acoustic all the time. But I always like what they do, and also, the melodica! As I’ve pointed out numerous times before, a melodica makes everything better. Plus, they’ve got an accordion player now, so it just keeps getting better and better. I’m also really into the harmonica these days, maybe because the harmonicist (I totally had to look up what you call someone who plays the harmonica) from The Horde is so very good, or maybe because I have fond memories of John Popper (before he was thin) and Blues Traveler from when I was but a wee young thing forming all my music tastes and sensibilities. Either way, they’re crackin’. Bassist, cellist and trumpeter from RDC guested and everything was just richer and lovelier and it was a great show. Also, they covered “Creep” by Radiohead in a bluegrass fashion. Again, how can you go wrong? 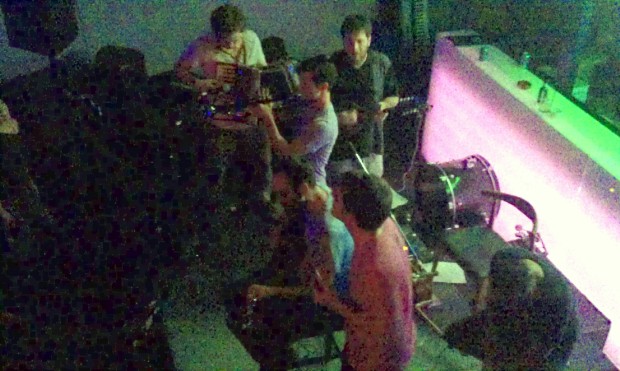 The Horde (with RDC stragglers)

Check out “The Country Way” with some excellent harmonica-ing (didn’t look that up; don’t think it’s really a word) below. 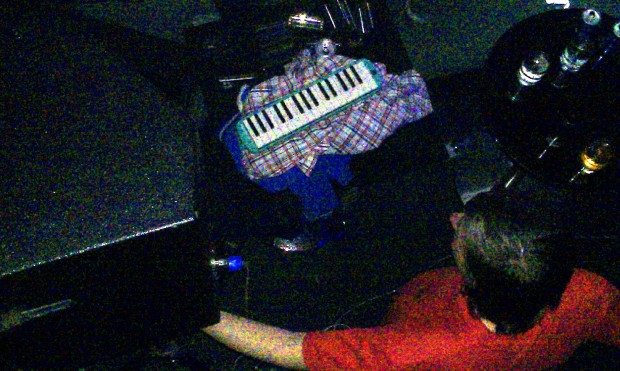 Why melodica, I love you too.

Rainbow Danger Club has an new EP Into the Cellar available on their Bandcamp page at a name-your-own-price scheme. Listen and love. New album coming soon.

The Horde has their first EP Consider Yourselves Conquered available on their Bandcamp page at a name-your-own-price scheme too. What is it with all these fab Shanghai bands giving their music away for free?! Listen and love.