I’ve seen Daniel Hart in Shanghai before. Maybe at Yuyintang? Maybe somewhere else. Maybe on the street just hanging out. I can’t immediate place it because it was before I started obsessively chronicling every show I’ve ever been to, but I know he’s been here before, and I know I liked him, so I went back to see him again on Thursday.

First up — here are my thoughts on mid-week gigs at places like Yuyintang: THEY’RE AWESOME. Number one, there aren’t ever very many people because, well, it’s the middle of the week and most people have “jobs” or other such malarkey and just don’t really go out mid-week unless it’s a big name. This kinda sucks for the artist, yeah, but it’s awesome for me because I get to pull up a chair or a stool and sit back and listen to some music. Yeah, I sit in a chair next to the stage with empty space around me and what of it? It’s what I do.

Also, the mix of people you get mid-week is way more interesting than what you get on the weekends. Weekends are obviously for those people who work and want to get out: students who are sloughing off a week’s worth of studying; professionals who are there for the noise and booze to get them through the week; interns who have hit every happy hour between Monday and Thursday and are stopping over between dinner and the club. So just your basic crowd and it’s all good.

1) Th un- and under-employed. Why not go out? It’s not like you have to be up tomorrow morning. These people usually stand to the side and don’t drink because they don’t have any money. But life is short, man. Listen to all the music you want, even if you’re faced with a floundering job market and expired visa.

2) The “odd schedule” people. The teachers who work weekends so have mid-week off, or the international business peeps who are waiting for “the London office to call me back” or “the markets to open” or whatever it is “business” people “do”.

3) The musicians and music people. They’ll go to see just about anything, anytime, whether they’ve heard of it or not. Shall we order Sherpa’s and watch Breaking Bad or go to YYT tonight? YYT wins most of the time. This group also includes the future yaogunners who have just bought their first electric guitar and can almost imagine a world outside of their accounting degree and that responsible job at a bank they’re heading for.

4) The college/high school kids who know they shouldn’t be there, but they are and it’s awesome and sometimes they bring their books so they can sit at the tables and study in between bands.

5) One awkward couple on a date who try to talk over the music because it’s a date and they get shushed. (There’s a place for talking at YYT. It’s called upstairs.)

6) Strange, 30-ish professional guy in a suit and tie, by himself, just hanging out. Who is this guy?! YYT is so not his place to hang out at 11PM on a Thursday night, but there he always is, drinking his Corona, just chillin’. That guy’s awesome.

7) Dude in a parka with a backpack. If there is a guy in a business suit, his counterpart — parka dude — will also be there. And I always think, “Why the parka?” All seasons, there he is, in a parka. And what’s in his backpack? And why did he bring it to YYT? So many questions.

So that was the crowd for Daniel Hart on Thursday.

Air Walker opened — a Shanghai band that’s been around a couple of years but I don’t think I’ve seen them before. They were fairly impressive. Imagine something along the lines of dreamy, shoegaze-y pop. They would fit into a post-rock genre, as they had a bass, lead guitar and keyboardist, but also a heavy electronic feel. Also, the lead singer has an ethereal but surprising strong voice. It was delicate but powerful, which is a pretty rare quality and really fit their style. They’ve also got some nice stuff up on their Douban page. Also, they weren’t even phased when one guy in the audience stood right up by the stage and did nothing but take pictures of the lead singer (with the flash!) for the entire gig. He quickly went from regular music fan to creepy dude, probably around the hundredth photo or so. 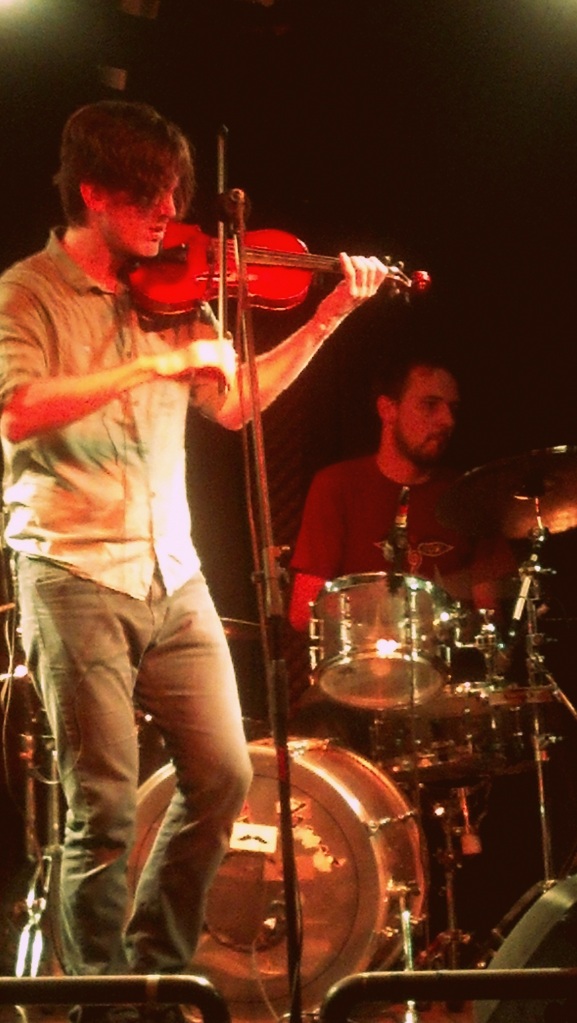 Daniel Hart was very good. Let’s say broadly he’s in the indie-pop arena, but he’s more, you know? At this show, it was just Daniel, but he was also joined by Fabien, drummer-about-town (of The Fever Machine and previously Battle Cattle, and probably like, five other bands. I don’t know. I can’t keep people and all their dozens of bands straight). Daniel’s sort of a folksy singer/songwriter with orchestral pop tendencies. He plays the violin and guitar, and also uses his computer for backing so the songs are actually built up quite nicely. Then Fabi joined him on drums, and despite the fact they hadn’t had a lot of rehearsal time (Daniel had just gotten into Shanghai a few hours previously) they actually sounded fairly polished. A guess that’s what happens when you get good musicians. Daniel even remarked after one song that it was they first time they’d really played it together. I wouldn’t have known. One of my fav tracks from his most recent work:

Some of his songs almost have a traditional Chinese quality about them (perhaps it’s the plucked violin strings which actually sound fairly similar to some traditional Chinese instruments). Oh, and he also does a great version of “One Night in Beijing“, so that helps. 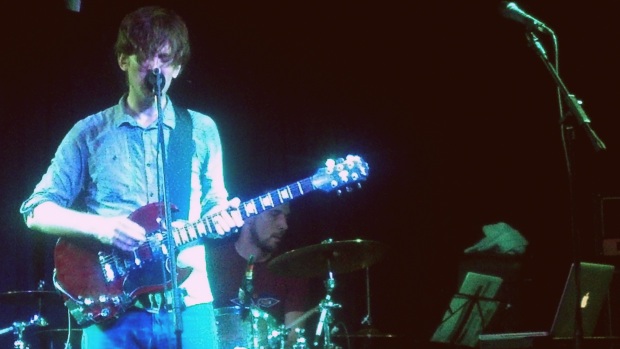 I really enjoyed his set overall. He’s touring around China a bit more and it’s great to see artists like him who are able to come from the States at a minimal cost compared to bringing over an entire band, play smaller venues and still put on a good show. His most recent album The Orientalist has some gems on it. Check it out on Bandcamp.

And here’s a video of Daniel talking about his The Orientalist after his first Chinese tour (2011 or so).