No, for real though, that place is cursed. 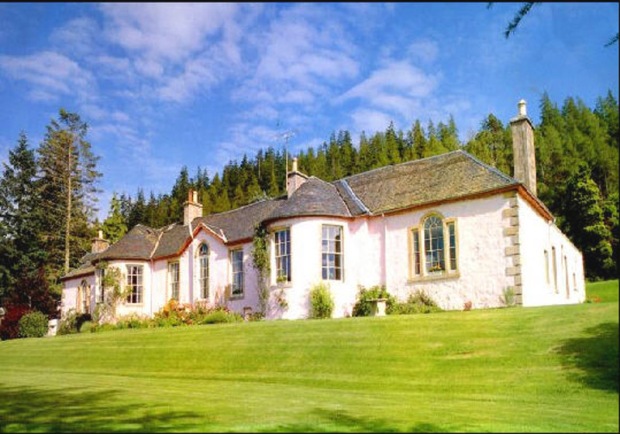 On December 23rd, the Boleskine House near Loch Ness in Scotland caught fire and about 60% of the house burned. The Boleskine House is famous mostly as the former home of occultist Aleister Crowley (because “occultist” was a perfectly legitimate job title in 1910).

Jimmy Page got super into Aleister Crowley back in the late 60s (remember those weird symbols that showed up on the bottom of your Led Zeppelin posters?) and bought Boleskine House in 1970, thinking it would be a cool place to hang out and write songs. It ended up that it wasn’t. Page sold the house in 1992 and never spent a significant amount of time there. However, if you’ve read a Led Zeppelin biography or two, or followed Crowley, you’ll know that some weird stuff was reported to have gone down there, even before Crowley bought the house in 1898. People died in the house, people disappeared , a butcher cut off his own hand, plus your garden-variety nightly haunted house weird noises and voices. Also, the whole manor is right next to a large cemetery where Crowley was constantly trying to summon demons or something like that. So it’s a weird place. Every since Page sold it it’s been a private residence, because some people like to sleep in terror every single night of their lives.

Page did a ton a restoration on the place after he bought it; hopefully the current owners will consider the house and its history worth preserving as well, despite the damage.