This slightly crazy, extremely fun band called Capitan Tifus came through Shanghai a couple of nights ago. They’re from Argentina and have a lot of members (nine? I think), a lot of instruments, and a lot of energy. And they were just fun. Their music is sort of a modern musica Mestiza, so a mix with a traditional sound but still very bouncy and cool–a little rock, a little ska, a little Latin.

So, they were super cool. Really nice people too. They’ve been touring all over China and having a pretty good time and it showed when they were on stage.

The lead singer last night also played a melodica, which is the second time I’ve seen one onstage in recent months. A melodica is a sort of keyboard instrument that you blow into. Like a keyboard/harmonica. Small, easy to play, cool sound. I’ve totally been looking for one in the music stores around town because I think this would be an awesome party instrument. Like, it’s small enough to get into my handbag so I could take it everywhere. You know how every party always has that douche who as soon as he sees the guitar sitting in the corner thinks he should grab it and play something? Even though he’s not a musician. Even though there’s already music playing. Even though no one is interested in sitting around and listening to him play because this is not high school and he is not your boyfriend or girlfriend. I desperately want to be that person, except with my meodica. I envision walking into a party and whipping it out and just wailing.

This is also the primary reason why I want to learn the banjo as well, except a banjo isn’t nearly as portable. 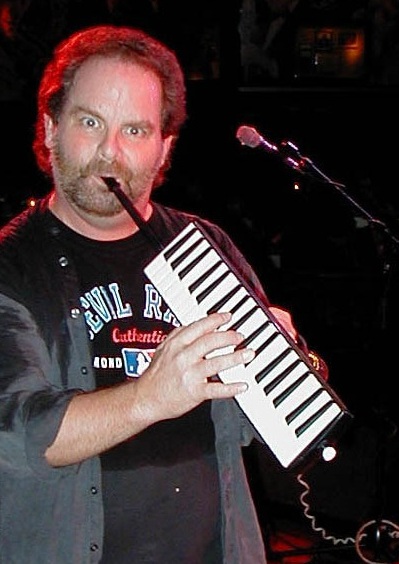 That is also more or less exactly what I would look like playing the melodica at all these “parties” I would soon find myself dis-invited to.

Anyway, so, show was great, yeah.