I was pretty psyched because tonight I had tickets to see the Led Zeppelin Experience – a Zepp cover band that automatically beats all other Zepp cover bands because the drummer is Jason Bonham. Jason is the son of original Led Zeppelin drummer John “Bonzo” Bonham, who died in 1980 but is still considered the best rock drummer of all time (not just by me, but by, like, professionals and shit). Plus, Jason was actually a real member of Led Zeppelin for one hot minute during their 2007 reunion, so he’s totes legit, man.

BUT when I checked today to confirm the show time…it’d been canceled. No idea why as there’s no info on the Emo’s site, but a quick Google tells me that the lead singer has been fighting bronchitis and several shows have been postponed and canceled.

Fingers crossed they’ll reschedule at some point in the near future as Bonham’s band has gotten pretty decent reviews on this tour, and there are no known circumstances in which I can pass up an opportunity to see another Led Zeppelin cover band. 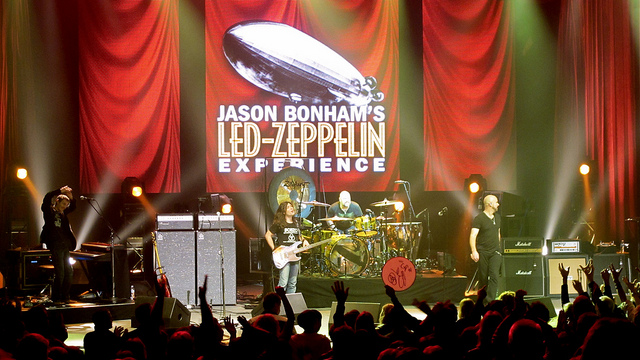 The Led Zeppelin Experience (not yet an experience I have had)