Austin is known for its music festivals and the top one is still no doubt South by Southwest. For those cave-dwellers among us, SXSW is a huge music/film/interactive festival and conference that runs in Austin mid-March every year, though the music portion probably gets the most attention. Most Austinites have a love/hate relationship with it – for 10 days the traffic is mental, the downtown streets un-walkable, every remotely habitable space in the city becomes a “venue”, prices are jacked and general debauchery goes down. But also: money. It’s a huge money-maker. HUGE. And it only lasts a short time. So it’s not only tolerated but also kind of loved in a city that in general takes its live music very seriously. And to be fair, the actual SXSW is not that huge or overwhelming, but people figured out long ago that if you have a venue and book a bunch of unaffiliated shows during the same period, you can ride that sweet booze-money wave all week long. 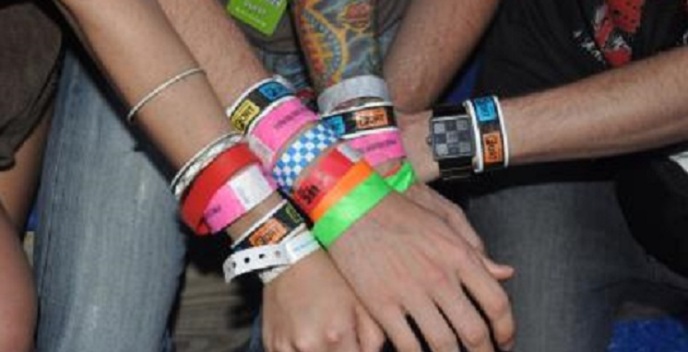 Here’s where I could go blah blah blah about the commercialization of performance portion of SXSW, which is absolutely, 100% true. But I think complaining that SXSW is overly corporately produced, hashtagged, and at times nothing but a platform for brands with a bit of music playing in the background misses the point. Working and making money as a musician has changed dramatically in the past 20 years and one of those dramatic changes is that sponsorships pay a lot of the bills at this point. You do still hear the odd story of a John Mayer or Hanson playing a showcase and getting signed afterwards, but compared to the hundreds of bands that are in official showcases every year, plus the hundreds who play in unofficial capacities – the dream of an A&R exec seeing and signing you are few and far between. But hey, it could happen! Record contracts are still a thing. Kind of? The musicians I know working in Austin vacillate between desperately wanting the recognition that comes with getting in an official showcase, but also weighing that against the costs and effort and potential exposure of jumping through all the hopes to make it happen. But it’s also a bit sad that what used to be heralded as a showcase for undiscovered, up-and-coming talent in music and film now hosts the like of Lady Gaga getting vomited on on stage. But then again, I also kind of want to see Lady Gaga, so I guess I’m a terrible person.

Crowd and traffic control is also an issue facing this year’s festival after last year’s horrifying accident, in which a drunken Rashad Charjuan Owens drove into a crowd of people outside of a music venue while trying to avoid a traffic stop. He killed four people and injured another 20. Owens is still awaiting trial in Austin.

I have no badge and no wristband, so I’ll be spending most of my time wandering around, looking for Bob Boilen and picking a few shows here and there, but by no means getting into it and I get the hell out of dodge when the weekend rolls around. The crowds, man. The crowds. I just cannot. And this is coming from someone who lived in Shanghai.

If SXSW seems overwhelming to you, check out the excellent Do512 Recommendation List and start making a calendar.

SXSW is a fun one. But we’re also glad when it’s over.