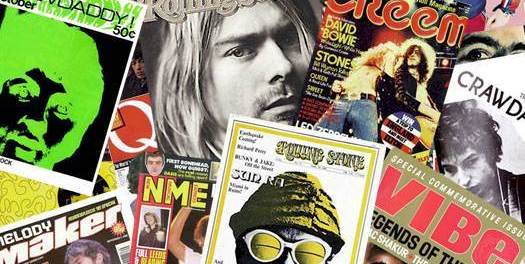 Blogs are awesome, because they’re usually authored by just one person. So it’s not hard to go to their “About” page, figure out who they are, and send that person an e-mail. A personal e-mail. Anyone who has worked in events or promotions for more than an hour can instantly tell the difference between someone who is firing off generic e-mails to every music journalist they come across, and someone who has actually taken the time to read your blog, determine it might be a good fit, and wants to let you know about some good music.

It’s a bit like being a girl on OkCupid. You set up your profile and your inbox fills with hundreds of messages that all say, “Hey, you’re hot,” and you can tell that they’re sending the exact same message to every single female profile they view. It’s not flattering. Instead you start questioning if you really are hot at all and wondering what’s gone wrong in your life and why you’re still dating online and why you’re even still single at your age and then life spirals out of control. That’s an entirely different issue. But hidden in all those hundreds of generic messages are maybe two or three that say, “Hey, you’re hot. Also, I noticed you like Neutral Milk Hotel and sky diving and have a dog like mine!” The ones that get the response are the ones that show you’ve actually read the blog. Generic e-mails not only get deleted, they also get blocked, meaning even if later on you have something I might actually want to promote, I’m not going to get that e-mail; it’s in the junk folder. It pays off to take the time initially to get to know the site and send a personal e-mail promoting your stuff.

Also, bloggers and independent journalists often have additional (more legit) jobs in the media. Sure, they have a blog about music, but there’s a good chance they also do show reviews or a column for local magazines with a wider reach. If you take the time to develop a good relationship with media people, you’re going to be closer to the top of their list next time they’re looking for a topic.

If you’re communicating with local writers (and you absolutely should be), invite them to shows, put them on the list, make an effort to seek them out and introduce yourself before or after you play. Personal relationships go a long way; I cannot stress this enough. But this is so important: be friendly, but please, don’t be creepy or pesky. It’s a fine line. Say hi, be friendly, and then move along. Don’t badger us about when you’re going to get a write up.

How to Promote Your Indie Band Part 1 — Know the Blog