I feel Stephin Merritt with the passion of a thousand jilted lovers. I adore his sappy yet laugh-out-loud funny lyrics and effortlessly catchy hooks. I love his warbling bass voice. I find his “woe-is-me” sardonic performance personality (perhaps his real personality) witty and charming and likeable. He’s about as close to music perfection as you can get for me. And up until Wednesday, I’d never seen him live as he just somehow never made it across the ocean on a Chinese tour.

But that all changed, because now I live in America, where people play music for money in places that are accessible to me. THAT’S CALLED FREEDOM. He played in Austin at Central Presbyterian Church, which is actually not the first gig I’ve even been to in a church, but it is the first church gig in a while. The sound was great if you got there early and managed to sit in the second row or closer; I was close so for me the place was enjoyable and intimate. But for anyone slightly further back the view was probably lousy and those pews are hella hard. So, gigs in churches = meh. 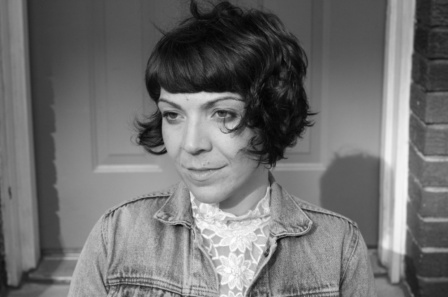 The opening act was Amy Bezunartea, a Brooklyn-based singer/songwriter. And, well, the set was okay. It was okay! I believe that Bezunartea suffered from what I’m now going to call the “Sebadoh Syndrome,” where a perfectly good band whom I have no problem with whatsoever has the terrible misfortune of opening for a band I would kill my own family for; i.e. Sebadoh opening for Neutral Milk Hotel on their tour last year. Sebadoh’s great! But I hated them because they were not Neutral Milk Hotel.

This was kind of Bezunartea’s situation too. Her biggest fault is probably that she is not Stephin Merritt. Well that, but also she was pretty lackluster. Her voice was seriously lovely and lilting, and it was well-showcased as her guitar work was minimal. But after a while, minimalistic guitar playing just turns into lethargic plucking, only less melodic and less interesting. Her songs were uniform—the same tempo and range and tone—basically each one indistinguishable from the next, even though overall most would have said they were pleasing to the ear. But each one was sung exactly the same – sort of dreamy and floating but lacking in any real emotional register, so overall, unsatisfying. The man next to me was asleep. And the woman in front of me was crying. Different strokes, I suppose.

I consider live performances places to show off personalities too; that’s part of the appeal of a show or else we would all just stay home and listen to records. Bezunartea rarely looked at the audience, didn’t talk between songs, and had no sort of personality I could discern. I mean, obviously she has a personality, but it was not coming across in any sort of way to that audience. So, yeah, completely underwhelming. And again, she wasn’t helped by the fact that she wasn’t Stephin Merritt.

BUT THEN SHE FINISHED and Stephin Merritt appeared, who was fantastic and everything I imagined he would be. He played his entire set on the ukulele with Sam Davol on the cello, so it was like 2/3 of the Magnetic Fields, even though it was billed as Merritt’s solo set. 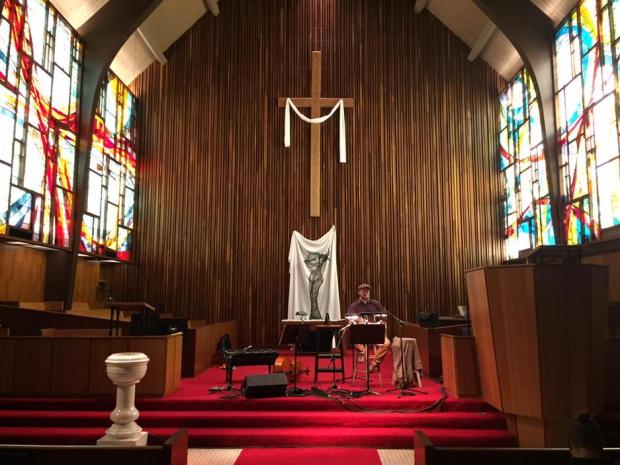 I’ve fairly familiar with everything Merritt has already done but I was still pleasantly surprised with the choices. First, he had an alphabetical set list, which…yes. YES. (“He’s obsessed with boundaries,” a friend told me and I agree). It was also interesting for me to hear songs Merritt had written but are traditionally sung by Claudia Gonson when he performs with The Magnetic Fields. He was doing covers of his own songs and I love hearing songs I already know in new ways.

While most everything was from The Magnetic Fields, he also did a song or two from The 6ths, plus some solo stuff. Below is the complete set list, along with some of Merritt’s commentary. 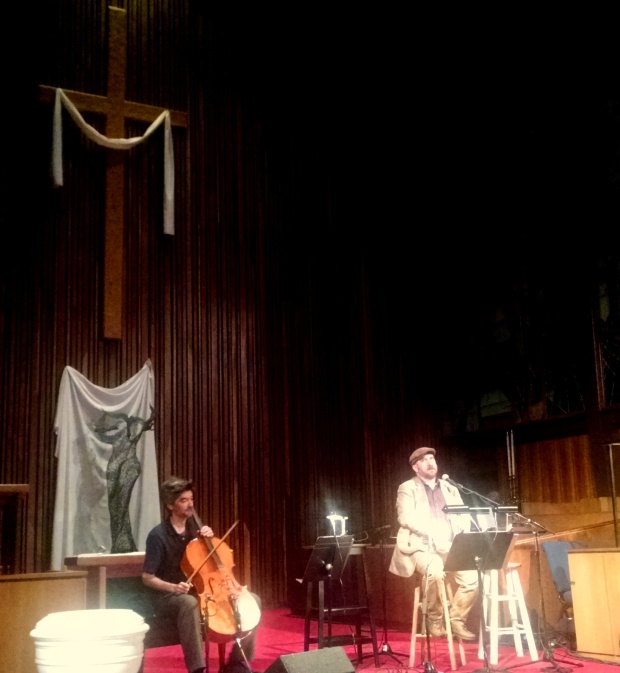 “There is a version of this song currently climbing the charts in Belgium. I am not a fan.”

3. Chicken with Its Head Cut Off

“This song is about a chicken with no head.”

4. The Dead Only Quickly Decay

“We’re in a church and this is a spiritual song about what happens to us all when we die, i.e. nothing.”

5. Epitaph for My Heart

6. Forever and a Day

“This song is from a science fiction musical called Song for Venus that I have been writing since 1999 and has yet to be produced.” (The title of the song is totally appropriate.)

7. Give Me Back My Dreams

“This is a song about insects.”

“This set list is in alphabetical order, in case you didn’t realize, but that means we can only do one song from the album i, and we picked this one. It’s a true song.”

“It’s good that there’s a baptismal font in front here, in case someone has a baby during the show. And then it looks like that baby’s not going to make it.”

“This set list was devised prior to booking the venues, so this one will seem inappropriate.” (The lyrics begin with, “He is my lord. He is my savior. And he rewards my good behavior,” but is about a hot piece of a man and not God.)

12. Love is Like a Bottle of Gin (the truest song ever written)

“I like to go to gay bars and work on music, and during the day they play terrible disco videos and TV shows with the American talk show host Oprah with the captions on, and so I have to read them because I can’t not read captions. So that’s how I learned about this woman whose husband died and she found out that he had an entirely different apartment in the city she didn’t know about, which prompted this song. Then I added the murder part. It needed an ending.”

“This is the 4th inappropriate song I’ve played in this church tonight.” (The song is very much not about nuns.)

“I wrote an off-Broadway musical adaptation of Neil Gaiman’s book Coraline, and at the end the mice sing. As we all know, mice have speech problems.” (I’m not going to lie. I teared up a little bit on this one. He sang the entire song with a lisp and the lyrics were so sweet and childlike and inspirational that you could practically envision a tiny chorus of speech-impaired mice singing. The youtube video is not nearly as endearing as Merritt’s rendition https://www.youtube.com/watch?v=LiR-ETaSn78.)

17. Quick (Merritt had an old-fashioned metronome on a stool next to him on stage. He turned it on for this song only. It was the only use of percussion all evening.)

“I am obsessed with Reno Dakota.” (This was probably my favorite song the entire night. Utterly charming.)

“This song is called “Shipwrecked” but it’s more like “Trainwreck” for reasons you will soon understand.”

“This song is from the film Eben and Charley which glorifies pedophile. No, wait…hebephilia. They said I could write whatever I wanted.”

“This one is from my Hans Christian Anderson musical. Everyone writes one. If not, you just haven’t written one yet.”

“This song is actually not very funny.”

“We’ve come to the letter Y, which being the last letter of the alphabet means we’ll play our last song.”

(After this Merritt and Davol did indeed leave the stage, but came back for the encore/finishing of the alphabet.)

The show was superb and Merritt lived up to many years of accumulated admiration on my part. I’d go see him again in any incarnation.