Black Pistol Fire is a banging two-man band from Austin via Toronto that just released their second (and even better than the first) album Don’t Wake the Riot (2016). Did you miss their album release party at Emo’s? Shame. Take my word for it and don’t miss them again. 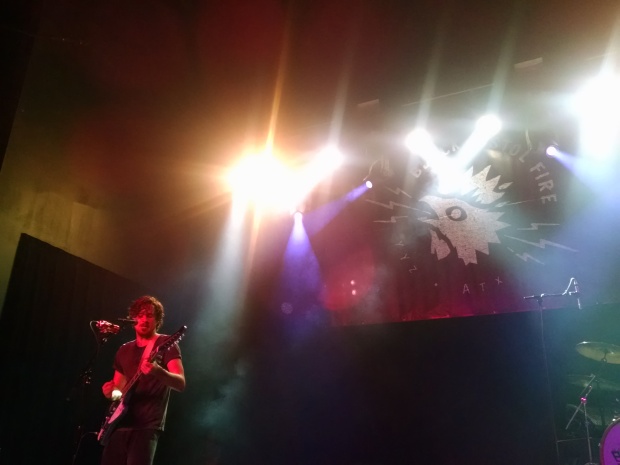 I discovered this band through a friend who told me their live show was the best he’d ever seen. I don’t need any more convincing than that. Every time I’ve seen them, they’ve wowed me. They are SO fun to watch. Because they’re just two people — Eric Owen on drums and Kevin McKeown on guitar & vocals — I hear them compared a lot to the White Stripes or the Black Keys. But sound-wise, they’re fully steeped in this heavy, bluesy, southern rock sound. The music still has this nice rawness to it, whether recorded or live. 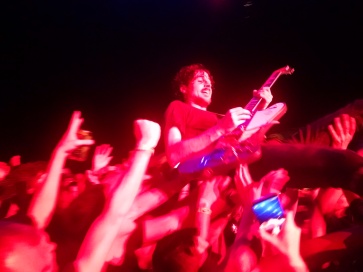 To my ears, they remind me of Led Zeppelin, and not just in sound. Owen drums in a fashion reminiscent of Bonzo, and McKeown, in the way he both struts and stomps around the stage, is like Jimmy Page and Robert Plant combined. Are the Led Zeppelin vibes clouding my judgment of them just a bit? No, based on the way the rest of the audience reacts to them when they’re playing. When they’re performing, people don’t look away, which is even more impressive when you realize all that sound and energy and force is coming from just two guys on a stage. 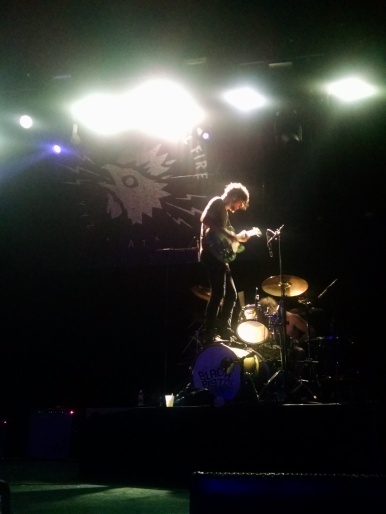 Earlier in the night I’d come from seeing Florence + The Machine at ACL — a band of multiple instruments and singers and orchestration — so it was cool to go from there to this two-instrument band and be just as impressed. Popular music is so incredibly diverse and interesting and surprising, all at the same time, and I know I sound like a music nerd but I am forever impressed and delighted at what a person can hear in this city in a single night, let alone a weekend or festival.

These guys are on a many, many, many date tour from now until the end of July. Definitely worth the ticket. 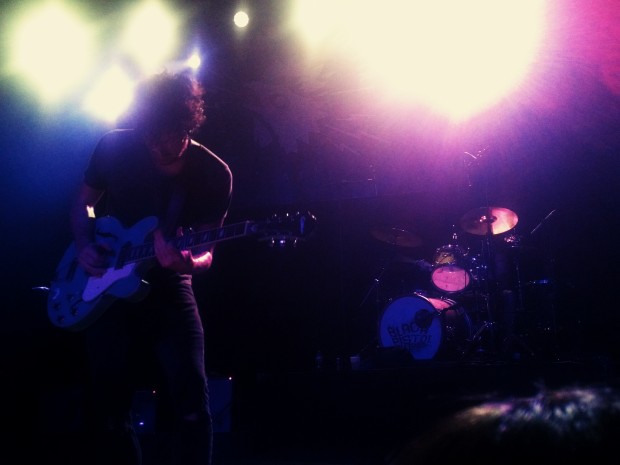 Black Pistol Fire performed for their album release party at Emo’s on May 20th, 2016.