Figured Lune would be a good place last night, because I kinda wanted to see the Airplane Boys from Toronto. Because when I think hip hop, I think Toronto. Ah, that’s kind of mean to Canada. I’m sure they’re rocking it up there all the time. They’re probably kicking it right now as I write this.

But bonus! Before the Airplane Boys was this very interesting performance from Kikuyu, whom I’d never heard of but that’s never put me off before. Kikuyu is actually a woman called Sez Wilks from Melbourne. She basically just had her table with her effects box, a looping pedal and a little keyboard, so we’re talking very lo-fi and minimal. But it was pretty cool. She would often start a song by recording vocals or a beat into a loop, then add another effect, then another, so she was basically building her songs right there in front of us, doing her own harmonies, adding layers. The music itself was somewhat sweet, but maybe that’s just because whenever I hear a Casio keyboard and the pre-loaded sounds and rhythms that come from a Casio, it reminds me of being a kid and messing around with all the effects on a little keyboard. Like, the one your parents buy you to figure out if you have an interest or aptitude for music before shelling out for a real instrument. It was strangely…comforting. Sometimes I like off-beat DIY kind of musical acts. 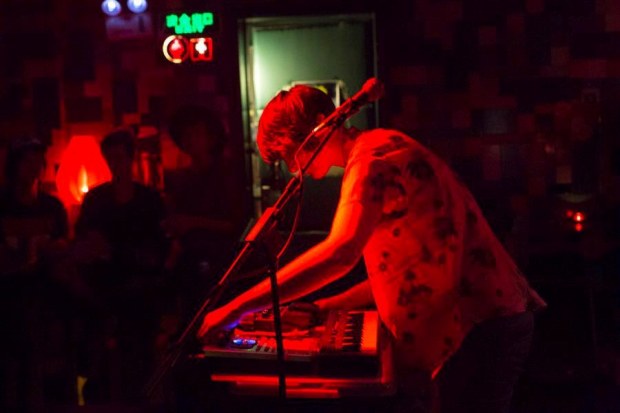 Really though, I was there to see The Airplane Boys and yeah, they were pretty good. Not straight hip-hop, more electro hip-hop, and I like that. But you know, the hip-hop market is pretty popular. And over-saturated. And it’s tough because you just have to be really, really original and creative and prolific to make a mark in that genre. So The Airplane Boys were good, yeah, but honestly, I couldn’t have told you the difference between them and a dozen other similar acts I’ve seen over the past couple of years. It’s rough. Couldn’t identify them on the radio or whatnot either. I have this complaint about a lot of “indie” bands around these days as well. But to be fair, I was not familiar with any of their music before seeing them last night and really had only heard of them in name only, so I’m no expert. 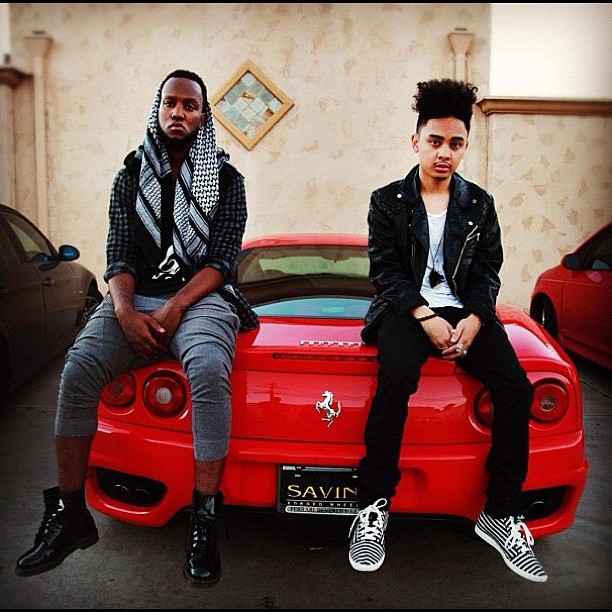 Also, they were super loud and I had to move away from the speakers (and give up my glorious table) so maybe I’m just bitter because I’m apparently super OLD.